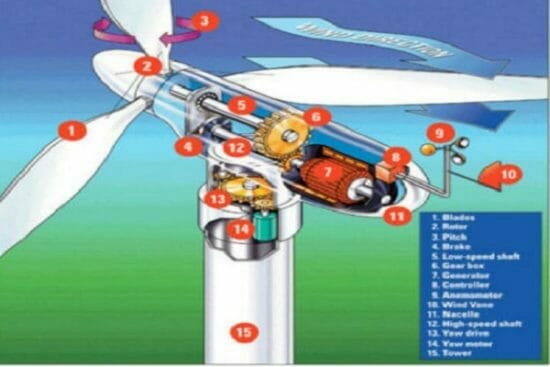 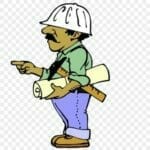 The rising concerns over climate change, environmental pollution, and energy security have seen increased interest in developing renewable energy with wind energy being at the forefront. Wind energy refers to technology that converts the air’s motion into mechanical energy usually for electricity production.

Wind energy captures the natural air in our environment and converts the air’s motion into mechanical energy. The wind is caused by differences in atmospheric pressure. Wind speeds vary based on geography, topography, and season. As a result, there are some locations better suited for wind energy generation than others. In general, wind speeds are higher near the coast and offshore since there are fewer objects like vegetation, mountains, and buildings to slow them down.

The mechanism used to convert air motion into electricity is referred to as a turbine. A turbine is a large structure with several spinning blades. These blades are connected to a rotor and an electromagnetic generator generates electricity when the wind causes the blades to spin. Traditionally, this energy was used for milling grain and pumping water, but today it is used to create electricity.

A major advantage of wind is that it is a clean and renewable form of energy. Its production of electricity has no direct carbon emissions or air pollutants and does not consume water. Wind also has relatively low operations and maintenance costs after initial construction. However, wind energy also faces several challenges. Wind speeds can vary throughout the day and year, causing intermittency issues for power grids. The price tag of wind power has traditionally been higher than conventional electricity generation sources, though the wind cost curve has declined significantly in recent years. Other concerns such as land use, noise, and bird disruption have also been raised in certain areas

In terms of technology, turbine design focuses on optimizing power output by focusing on two key parameters: blade length and average wind speed. The latter is affected by surface terrain and varies spatially, directionally, and seasonally. The effectiveness of a particular installation is quantified by “capacity factor” – the ratio of actual annual energy output to the theoretical maximum output. Several basic designs are in use, but most commercial installations use a horizontal axis, upwind-facing design. Wind energy is expanding both onshore and offshore with bigger turbines – both physical size and generating capacity to capture more stable winds and to maximize return on installation costs.

The purpose of this 6-hour course is to introduce the general aspects of wind energy and wind turbines. The course discusses the wind turbine’s operating principles, the key components, technology & performance features, cost economics, and various environmental and social aspects.

At the successful conclusion of this course, you will learn the following knowledge and skills: