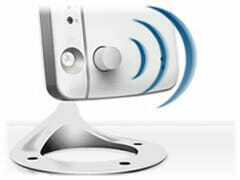 Motion Detection Technology: How It Works 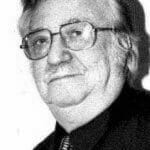 Motion Detection Technology: How It Works

This PDH course examines the history, characteristics and operational principles of the major motion (or volumetric) sensors that fall into one of two operating principles: active vs. passive.

Devices that use an emitter and a receiver to detect human motion in a confined area are considered an type of active motion detection technology. This category of motion detectors include systems that rely on transducers that produce ultrasonic sound waves or high-frequency microwaves.

Passive motion detection technology includes motion detectors that do not emit waves, but only receive fluctuating signals caused by human movement. Examples would be (1) passive infrared detector, which became the most used volumetric motion detector, (2) sound discriminator, and (3) analog or digital Closed Circuit Television (CCTV) cameras. TV cameras have added software to detect any changes in the picture (intensity of light in the analog cameras and changes in pixels in the digital format).

Very few technical advances occurred in the security industry until the 1970s when the ultrasonic volumetric motion detector became available. “Volume” refers to the fact that the sensor covers the room with a high-frequency sound or microwave energy. Ultrasonic volumetric motion detection technology relies on the scientific phenomenon that sound or high-frequency radio waves (echoes) can be measured whenever they are disturbed or altered by a moving object (intruder) within their defined and short range area.

Upon the successful completion of this PDH course, you’ll have a thorough understanding of the following learning objectives.

This is the second part of our 4-course Security Practices & Engineering Concepts series exploring the history and development of new and emerging security systems. This 4-part series includes: